The Chinese President spoken with Saudi King Salman by phone, discussing efforts to combat and control the novel coronavirus.
Xi Jinping says China has adopted the most thorough and strict prevention and control measures against the outbreak.
He says these efforts have also made huge contributions to the world's public safety.
He says the Chinese side will keep working with all countries to jointly handle the epidemic, and maintain public health safety in the region and around the world in the spirit of openness and transparency.
King Salman says the Saudi side highly appreciates the vigorous measures taken by the Chinese government against the virus.
He says Saudi Arabia will s﻿﻿pare no effort to provide support and assistance to China in the battle against the epidemic.
China reported over 3,100 new confirmed cases of novel coronavirus infection and 73 deaths on Thursday.
The National Health Commission says 69 of the deaths were in Hubei Province.
Meantime, 1,540 patients infected with the virus have been discharged from hospital after recovery.
By the end of Thursday, 636 people had died of the disease and over 31,000 confirmed coronavirus infections had been reported in China.
The Chinese government has asked businesses outside Hubei Province to resume operation in an orderly manner.
Authorities say businesses are encouraged to use shiftwork and other ways to reduce staff numbers in the office while still meeting production.
A high-level meeting chaired by Premier Li Keqiang says measures should be adopted to add hospital beds and medical staff in Hubei for epidemic control.
Meantime, the Ministry of Finance has asked local authorities to take solid measures to support key enterprises manufacturing medical supplies.
It has called on local financial departments to implement the supportive policies unveiled by central authorities including financial supports, preferential tax policies, and social insurance.
Chinese Foreign Ministry says the country will not suspend civil flights in face of the coronavirus outbreak.
Spokesperson Hua Chunying has dismissed reports about China putting further travel restrictions in place.
She says the security, health and living standards of foreign nationals in China is guaranteed.
"The Chinese government attaches great importance to the life and health of foreign nationals living in the country. China has taken the most comprehensive and rigorous prevention and control measures against the novel coronavirus, many of which have far exceeded the standards required by the World Health Organization and International Health Regulations."
Hua says the Chinese Civil Aviation Administration has taken effective measures to minimize the possibility of the virus spreading in airplanes and to ensure travelers' safety and health on international flights.
She added that the Chinese government is working to bring stranded overseas Chinese home.
U.S. President Donald Trump says the United States has conducted a counterterrorism operation in Yemen and has killed Qasim al-Rimi, a founder and the leader of al-Qaeda in the Arabian Peninsula.
A statement released by the White House says Rimi is a deputy to al-Qa'ida leader Ayman al-Zawahiri.
It says Rimi's death further degrades the global al-Qaeda movement. 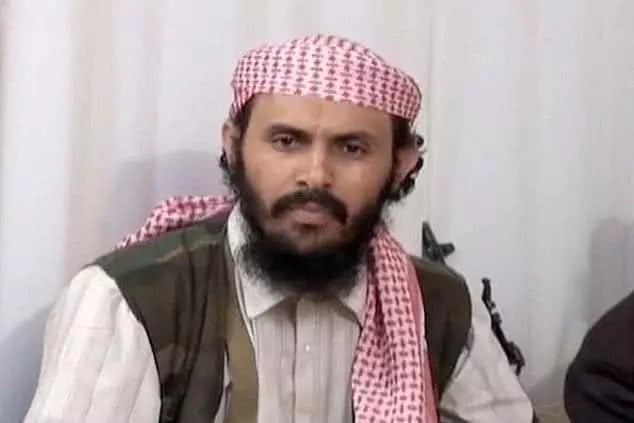 Palestinian President Mahmoud Abbas says the capital of the Palestinian state can only be East Jerusalem.
He made the remarks in a meeting with the local popular movements and civil society groups in his West Bank headquarters in Ramallah.
Abbas says he will not accept any alternative suggested in U.S. President Donald Trump's Middle East peace plan.
The meeting is seen as part of Abbas' efforts to rally local and international support against Trump's peace plan, which Trump calls the "Deal of the Century."
Trump's peace plan envisages Abu Dis, a neighborhood on the outskirts of Jerusalem, as the proposed Palestinian capital and offers Palestinians limited sovereignty.
NASA astronaut Christina Koch, who has spent nearly 11 months in orbit on the longest spaceflight by a woman, landed safely in Kazakhstan on Thursday along with two of her International Space Station crewmates.
Koch wrapped up a 328-day mission on her first flight into space, providing researchers the opportunity to observe the effects of long-duration spaceflight on a woman.
The study is important since NASA plans to return to the Moon under the Artemis program and prepare for the human exploration of Mars.
Koch says taking part in the first all-female spacewalk was the highlight of her mission.